We learn our characters’ destinies–some well-earned, some incomprehensible–as the curtain falls on an occasionally inspired but largely unsteady season of ‘American Horror Story.’ This season’s penultimate episode, “Show Stoppers,” reminds us that ‘AHS’ can rise to the level of brilliance, while still falling prey to scatter-shot plotting and weakened characterizations. The Pepper-centric “Orphans” packs an emotional punch but feels at odds with the season as a whole.

The last three episodes of AHS–“A Test of Strength,” “Blood Bath,” and “Tupperware Party Massacre”–have been big on the killing, skimpy on the character development. As this season heads into the home stretch, is it losing the thread? Elsa may be willing to destroy those she loves to keep the gods in check, but her fate is still spinning out of control. As Stanley fantasizes about freaks in tanks, Desiree’s and Dandy’s dreams come true, while Dell’s and Andy’s are dashed. With the arrival of Edward Mordrake, dark secrets are revealed, Jimmy becomes a hero, and Twisty passes the murder baton to Dandy. In “Massacres and Matinees,” the freaks come out into the light, Dell and Desiree arrive on the scene, and Dandy finds his soul mate. If you think Twisty is bad, brace yourself for this offering from the warped minds of Public Broadcasting. American Horror Story opens its freak show with the question: who are the monsters among us?

Can You Name the 17 Broadway Shows From These GIFs? 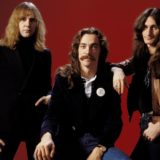 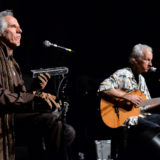 The two surviving members of the Doors will team up with Nirvana bassist Krist Novoselic for an upco [...] 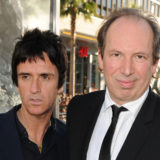 No Time To Die, the upcoming 25th James Bond film and fifth staring Daniel Craig, will finally be re [...] 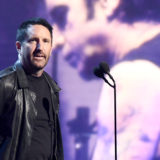 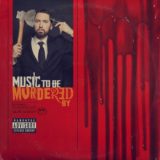 Eminem surprised fans with an unexpected new album on January 17 titled Music to Be Murdered By. He [...]